While waiting in for a delivery one weekend (thanks to my partner for that one!) I ended up mucking about with one of those USB TV reciever dongles. Specifically, one that can be used as a generic software defined radio (SDR) reciever.

Now, I’ll admit I’ve tried my hand at picking up all sorts of uninteresting stuff like pagers, ACARS/ADS-B and whatnot. However, I’ve always been meaning to take a shot at picking up weather satellites. Specifically, the NOAA satellites passing by regularly on a polar orbit. Weirdly enough, that’s exactly what I did.

If you look at any tutorial on the subject, it sounds rather simple to try. Grab a laptop, USB SDR stick, a copy of WXtoImg and you should be laughing. 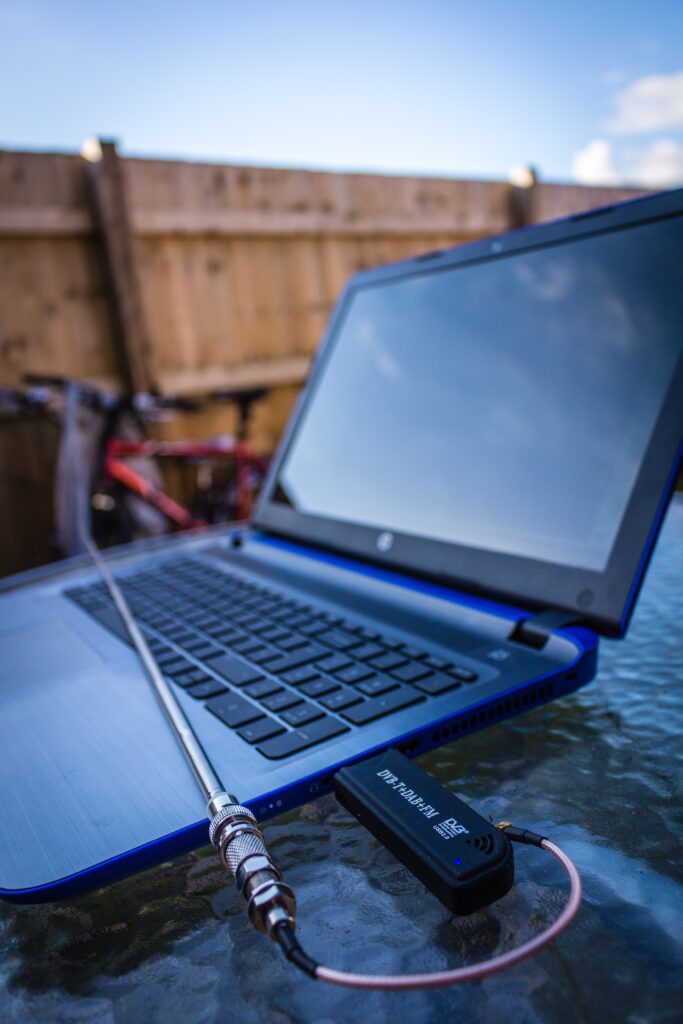 So, I did exactly that and set it up in the garden one afternoon, taking advantage of a rather useful feature in the WXtoImg software – its ability to automatically record an image when the satellite passes over your location.

Approximately a cup of tea later, I returned to the laptop, excited about the picture I’d picked up from space. Turns out I needn’t have rushed back. 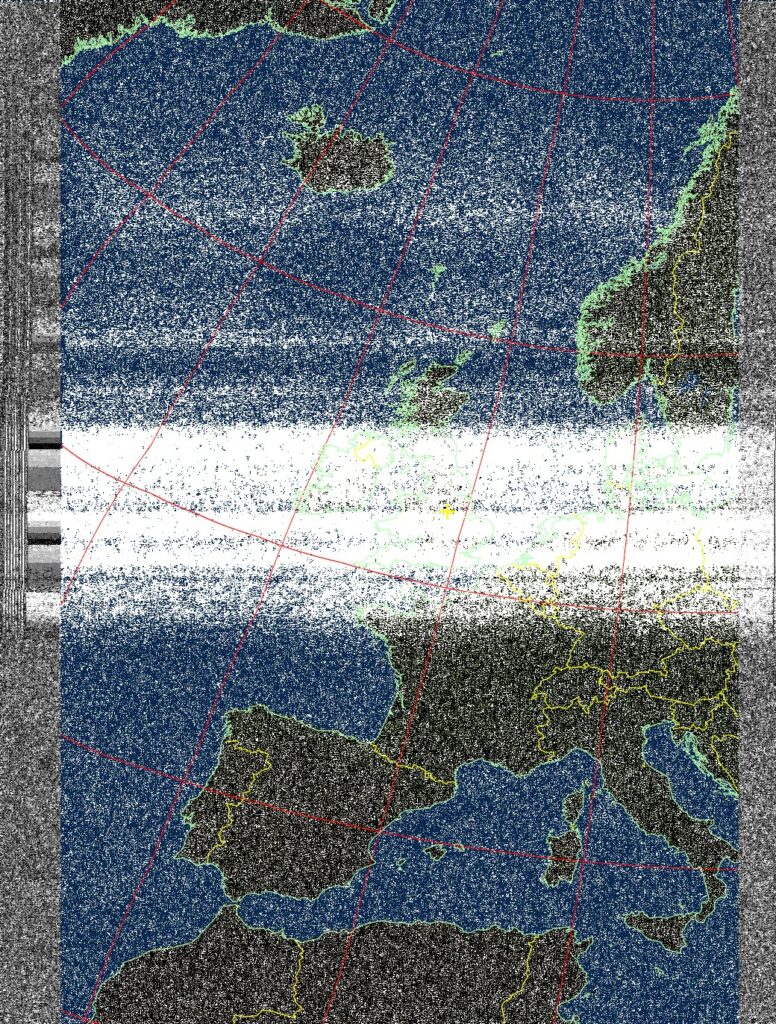 It should be pointed out that the map is added later by the software. From that, I can gather that either its snowing really heavily across the UK and parts of Germany/France or I’ve not picked up the signal.

Turns out the small telescopic antenna I’ve got for my scanner doesn’t quite do the trick here. Looks like I’ll need something bigger. 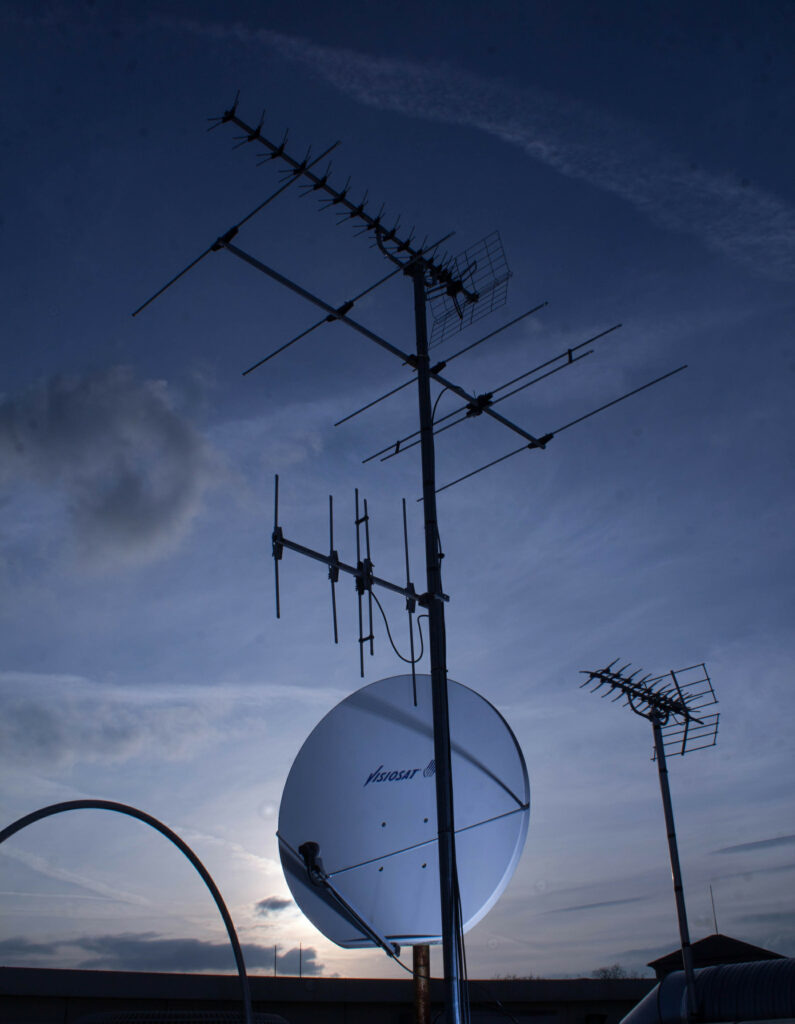 Ok, maybe something like that would be a little overkill. And while I do know you can successfully pick up the pictures with a long bit of wire, I knew it was time to crack out the power tools. Something that always brings a look of panic to my partner’s face.

After a bit of scouring the internet, I managed to find a good guide on how to build a simple turnstile antenna, tuned to the frequencies used by weather satellites. While, I couldn’t quite follow the instructions to the letter due to my local DIY store being somewhat limited in what they stock, I managed to come up with something I really though could work.

I’ll admit I’ve never been the best at building stuff but I will always give it a good go. Either way, I was ready for round two. Would my new antenna deliver the results? 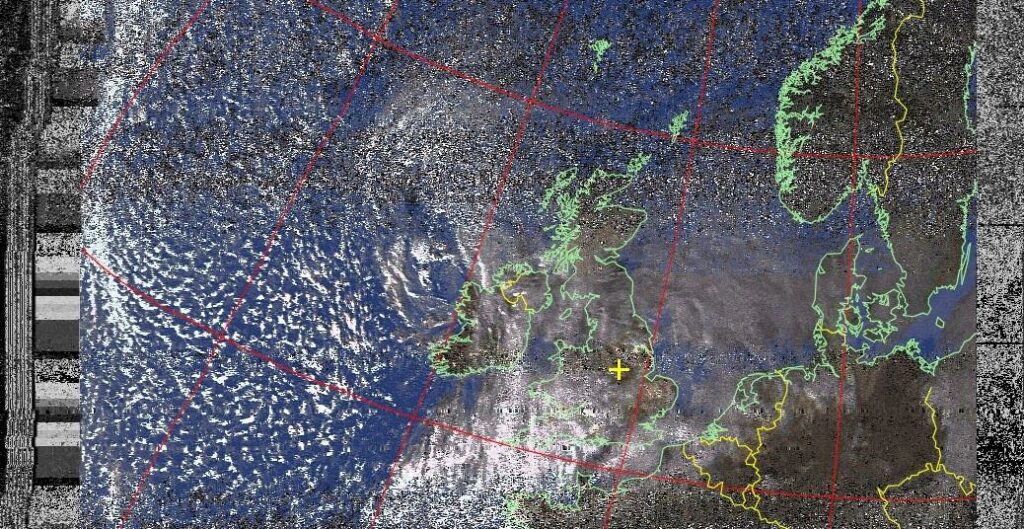 As you can see, the answer was of course yes! What’s more, it’s not a bad picture of what’s happening across the UK.

And with that I managed to prove you can do it with less that £20 worth of kit and some shockingly bad build/DIY skills.